What Is A Scold's Bridle?

A scold’s bridle was an evil torture device used on women. But what was the purpose? To understand this popular 16th-century tool, you have to understand what a scold is.

A scold meant a loud, woman, who gossips or lies. The problem is in the 16th and 17th centuries (Tudor time period,) women weren’t allowed to stand up for themselves, or even warn others that they were in danger or being treated badly by men.  They would most likely be called a liar, or someone who gossips and if they didn’t have a sweet tone to their voice they were seen as aggressive.

How Was A Scold's Bridle Used?

This is how this tool works, it’s worse than you think. The scolds bridle was used to shut women up. This heavy iron device was locked onto the woman’s head and the man, usually her husband would have the key. It had a spiked metal part that went onto the tongue to hold the tongue down.  A lot of times this caused cuts, bruises, or infections that led to death.

To make it even worse the man would tie a leash to this helmet and walk around the town to show everyone that she is an embarrassment. A lot of these helmets had bells on them or funny faces like donkey ears to draw attention to her.

Who Tortured The Women?

Husbands would usually be the ones who were torturing these women, as well as men of the church.

Men would be seen as heroes because they were taming their women. Back then the belief was A man who beat up a woman was seen as good, and a woman who could take this beating was a sign of a trusting, good Christian wife, but the woman had to be quiet about if she wanted to go to Heaven.

Most women who wore these were widows who lost their husbands, old women, women who didn’t give in to catcalling, and poor or gay women who were thought to be witches and wives.

And it gets worse.

How Was A Scold's Bridle Deadly?

These women couldn’t talk, drink or eat for hours or days until the scold’s bridle was taken off.

It was popular to tie the leash to a gate, fireplace, or pole in the middle of the town center. The people of the town would throw poop, bottles, rocks, and punches at them. Many would make it

There was also another device that was just as bad that I will tell you about in this article, and women who were seen as witches were the prime target. This device is called the ducking stool.

Women who were seen as scolds or witches were put in this chair. A man would dunk them underwater over and over again until they fainted or died.

Comment below if you think you would’ve been seen as a witch. 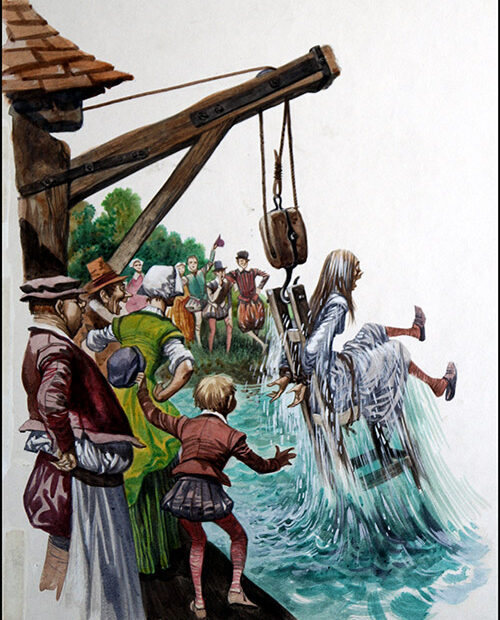 Now that you know all about this part of Hidden History. Here are a few tools to celebrate how far we’ve come as a society, as well as the fight we’re still fighting.

Here are my top picks of great gifts for you or others. I hope this article helped you out. Enjoy my other hidden history articles and the amazing gifts below. 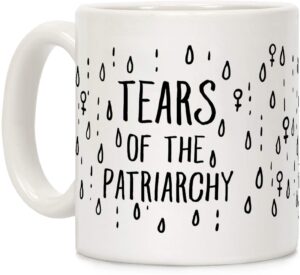